The residential company Neuwoges [Neubrandenburger Wohnungsgesellschaft mbH] is planning a generational housing project as a meeting point for young and old in Neubrandenburg Oststadt, a new developed area from the seventies. Included are at least 50 accessible apartments, a childcare centre, care places for in- and outpatients, assisted living as well as premises for various local services on altogether 1.2 ha.

The offset arrangement of building structures will be constructed with mostly three stories from wooden container-modules. For accentuating the streetscape a fourth floor is added to two of the buildings alongside the Juri-Gagarin-Ring. A uniform construction grid simplifies the construction process, leaves a flexibility for different uses of the rooms and with a consistent inner development it leads to a spatial familiarness in all areas. The offset arrangement of the buildings generates an urban structure of qualitative differentiated exterior spaces that facilitates cross-generational encounters. Variously arranged loggias on the upper floors build private exterior spaces with views to the common used yard areas, where planting beds, a physio therapy garden, sitting areas and a boules pitch are laid out. The kindergarten and the meeting centre will share a common yard with a sensual garden and a small event stage.

The housing technology concept provides a solar thermal system with a ground storage to cover 60-70% of the needed heating energy as well as photovoltaics to cover 90% of the general electricity.

News about the competition win 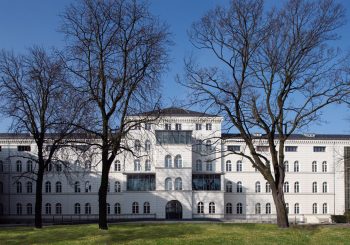 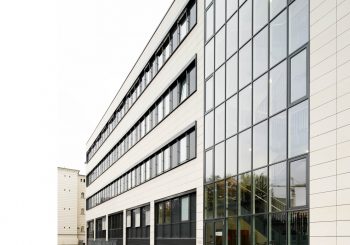